The 2017 Sundance Film Festival has just wrapped up in Park City, Utah  and Libby’s Movie Hunt had an incredible trip!  I saw so many great films but here are a few that stood out –

From Day One – “An Inconvenient Sequel” –

Vice President Al Gore discusses above his tireless fight to influence international climate policy  with the filmmakers of this new followup documentary to the 2006 Oscar-winning “An Inconvenient Truth”. The film debuted at this year’s Sundance.

Writer/Director Maggie Betts and the cast of “Noviate” discuss this coming-of-age story about a young girl’s first love – in this case, God. This new drama explores faith and the challenges of being a nun placed in a cloistered convent. 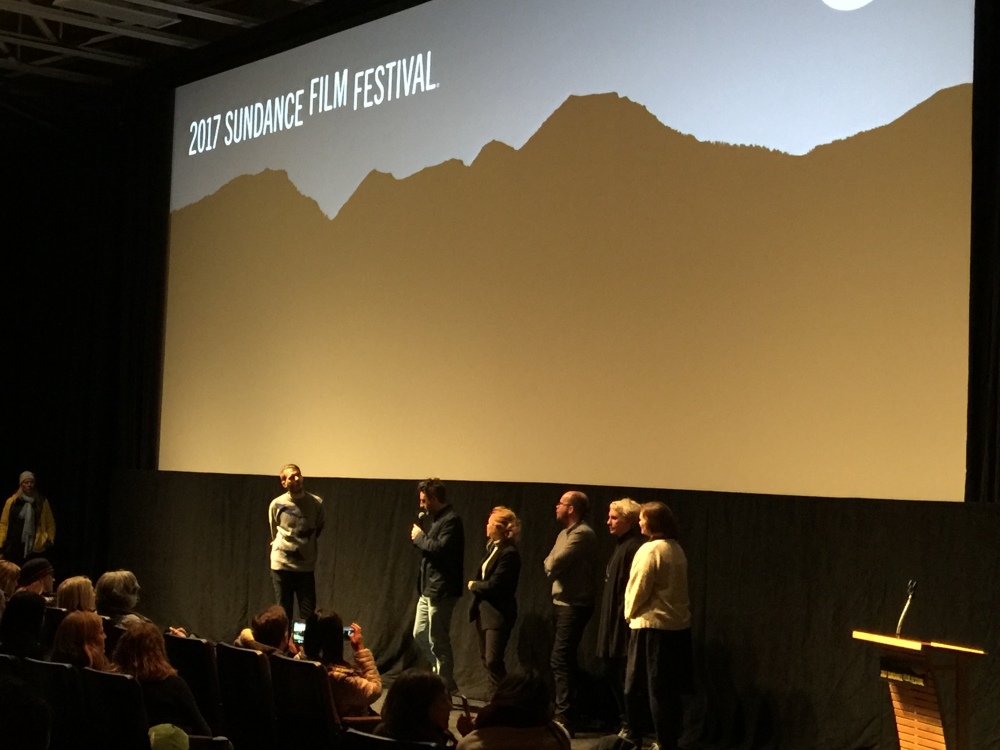 Soon-to-be-star, English actor Florence Pugh stars in and joins the filmmakers discussing her role in the haunting “Lady Macbeth” which explores a young naive bride’s loveless marriage in 1865 England and a subsequent dangerous and lascivious affair.

In my favorite movie of this year’s festival, Woody Harrelson stars as a lonely, neurotic and hilariously honest middle-aged dog lover who reunites with his estranged wife (Laura Dern) getting another shot at happiness with a teenage daughter he never knew he had.

Director Kitty Green discusses her 2016 documentary, “Casting JonBenet”, which examines the complicated legacy of this tiny starlet at the center of one of most notorious unsolved child murder cases while scrutinizing the court of public opinion .

So much fun to hear the cast and director discuss the new Jack Black tragicomedy, “The Polka King”, which recounts the rise and fall of Polish singer Jan Lewan who strives from tchotchke shop owner in the ’70’s to the undisputed “King of Polka” in the early ’90’s pursuing any means necessary for the American Dream.

The 2016 Sundance Film Festival was another incredible experience with celebrities, great films and snow storms galore. Check theaters later this year for these films and more from this year’s terrific festival.